My sincerest apologies for not having posted anything for a while, I've been so busy in work with preparation for LC:M that I've not had time to shoot anything, let alone write a blog post! But 2015 was a year of some great outfits, so here is a round up of my favourite five from the year gone by.

5. His Name Is Graphic 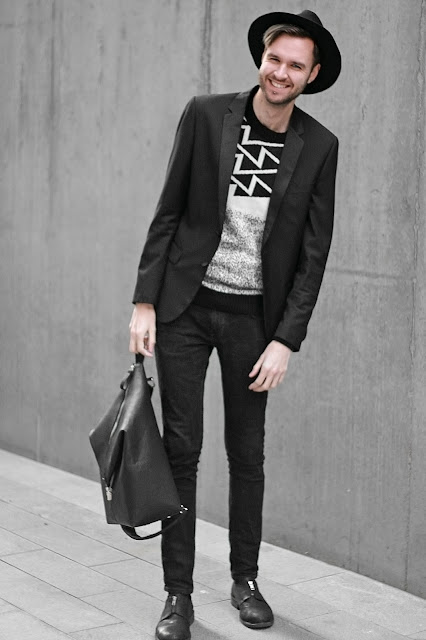 While I obviously love the outfit, given that the majority of it is super beautiful Antony Morato pieces that I was lent for the shoot, the thing I love most is that I am smiling in the photographs. I had so much fun shooting this with my housemate that I decided to keep all the photos of me smiling, and it resulted in a great reaction from you guys - with this being my most hyped outfit on Lookbook.nu. I've tried to keep some smiling photos in blog posts since, but most of the time I just look like a goof ball. 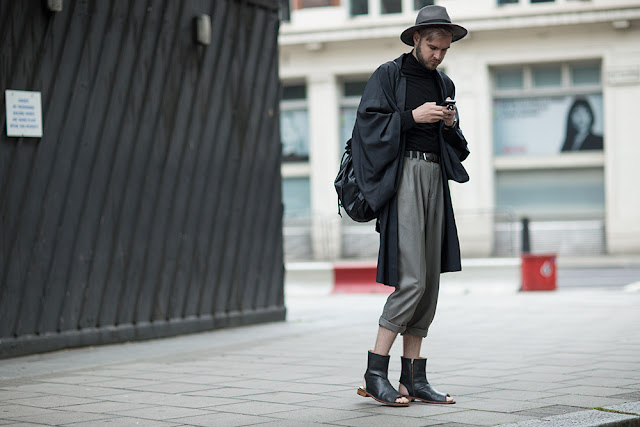 While I'm not actually going to have much time to hang out at LC:M this season, I had much more luck last season, being my first season taking on every day of the four day event. It was great fun going to loads of different shows, and two of my outfits were provided by my all time favourite vintage store Rokit. This was my favourite look that season as it combined a few of my all time loves - high waisted trousers, roll neck, fedora and Monster shoes!

3. His Name Is Glimmer 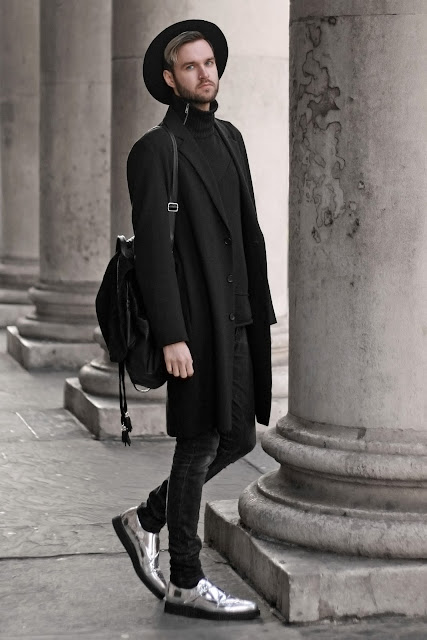 2015 has also been an incredibly lucky year. This post contained the winnings of two different instagram competitions I won. This first being one run by Oxford Street, who awarded with me with a £100 voucher to be spent in any Oxford Street store. I chose River Island and bought the duster coat featured above, amongst other things. I also won Underground's Jungle Boots competition, but unfortunately the boots couldn't actually be produced in my size! Thankfully, they very kindly allowed me to choose an alternative prize, and I decided upon these amazing silver mirror creepers. Underground is one of my favourite shoe brands so you can image how ecstatic I was when I discovered I had won. 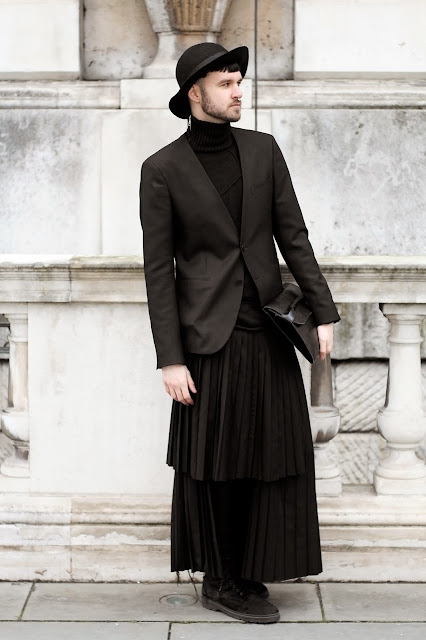 Not only did I frequent LC:M in 2015, but I also showed up for LFW. While there were lots of fashion week outfits, this one has to be my favourite. I received so many compliments on it, it was by far my most street-style photographed fashion week look, and it even got me into Fashion Week Daily. It makes me so happy to be championing traditional womenswear silhouettes for menswear, and I hope to do so even more in 2016.

1. His Name Is Interlaced 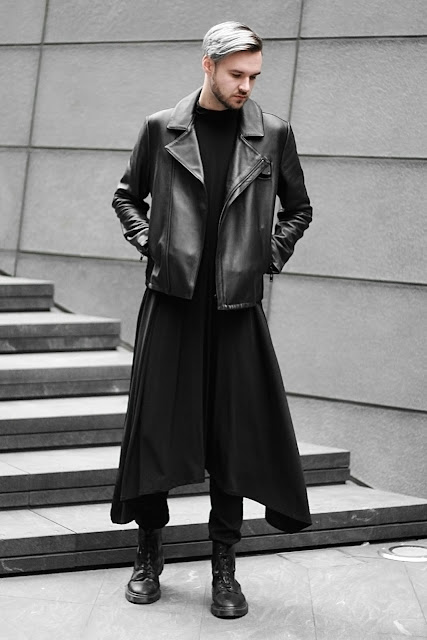 Finally, my absolute favourite look of the year, the outfit I wore for the Interlaced fashion show. This was my first time wearing one of my all time favourite brands, Ada + Nik, and I was able to style the look myself, and so I wore a piece by another of my favourite brands, The Freak Show. I also had great fun at the fashion show getting to hang out with some awesome bloggers and designers. I think this look totally sums up my style and it is therefore my favourite look of 2015.
Email ThisBlogThis!Share to TwitterShare to FacebookShare to Pinterest